Locals play games surrounding it, put strange things in it, and help hold down North Dakota’s #3 position on the list of states that drink the most beer. Fargoans are also huge supporters of drinking local, and we have the breweries to prove it.

So without further ado, find our 7 (that’s right, SEVEN) brewery locations below.

CRAFTS AND DRAFTS PASSPORT ›  |  CHECK OUT OUR BREWERY VIDEOS ›

Located just outside of Downtown Fargo, Drekker Brewing Company crafts beer for the Viking in all of us, in a large hall fitting the Norse-heaven it’s named after.

Like most craft breweries, Drekker has tried its hand at multiple styles and varieties of beer, and has a rotating selection for every season.

The very first brewery to crop up in the Red River Valley, the taproom will surprise you.

Sip beers that are seemingly right out of the tank, surrounded by waiting-to-be-filled cans stacked to the ceiling. Couches, board games, a rotating schedule of food trucks, and a house dog make you feel like you’re one of the family.

ON TAP AT FARGO BREWING

They’ve got tap lists of the year-round variety, as well as limited releases.

Satisfying Mapleton’s need for a brewery, Icewind serves up a variety of easy-to-drink sours, wheat beers, and IPAs.

Located right outside of West Fargo, Icewind has a large patio that often has food trucks to complement their awesome beers and great comradery.

ON TAP AT ICEWIND

Live music plays every night in the taproom, the largest outdoor patio of any Fargo brewery lets you sip in the sunshine, and they welcome dogs, kids, and food trucks.

Events, like the taps, are also constantly rotating, with Beer & Hymn nights, Stargazing, and even a Farmer’s Market.

ON TAP AT JUNKYARD

With a constantly rotating list of beers, you’ll always have options ranging from IPAs to Pale Ales to Stouts.

Pixeled doubles as the city’s first-ever arcade! More than 50 arcade games line the walls from classic games like Frogger, Space Invaders, and Ms. Pacman, to the newest kid on the block, Killer Queen. See a full list of arcade games on their website.

ON TAP AT PIXELED

Since they opened, Pixeled has been experimenting with small-batch beers, so flavors are ever-changing.

The most recent addition to the craft beer scene in Moorhead, Swing Barrel is located right in Downtown Moorhead in a newly renovated, historic building. Not only do they have an awesome sidewalk patio, but the inside has beautiful wood accents and friendly bartenders.

ON TAP AT SWING BARREL

There are lagers and a variety of ales throughout the menu. Check their Facebook Page for what’s on tap.

While we're usually pretty humble, we must admit: When it comes to drinking, we are pretty darn good at it. Not so many years ago, the only craft beer produced in the Fargo-Moorhead area was brewed in a garage. Now, the area has seven full-fledged breweries. 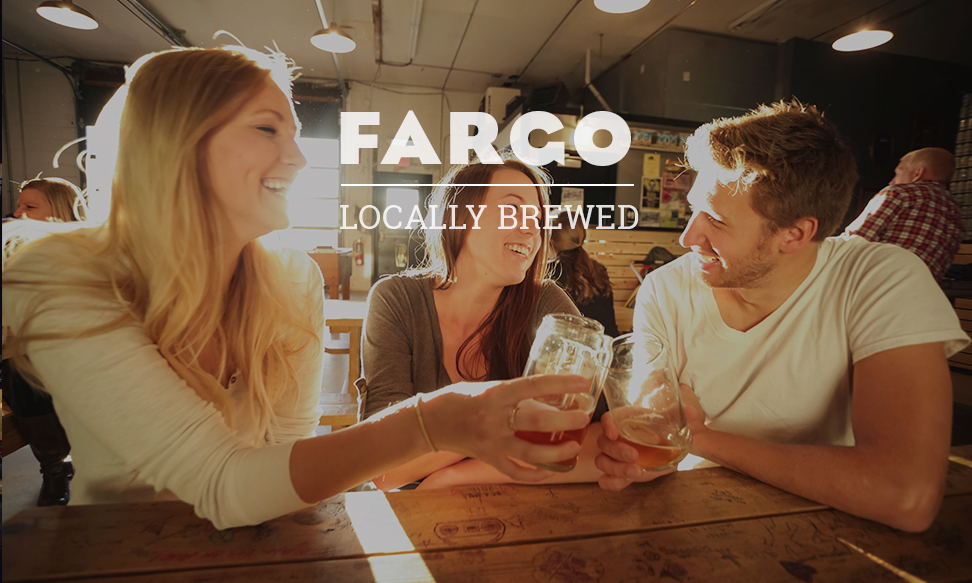