With Halloween coming up, we feel that the wonderful characters of the Fargo franchise make some of the best costumes around. Here are some tips on how to create the greatest Fargo-themed looks.

You know Marge as the pregnant police officer in the original film. She has arguably the best get up in the movie and there are a lot of great quotes you can spout out to really beef up the part. 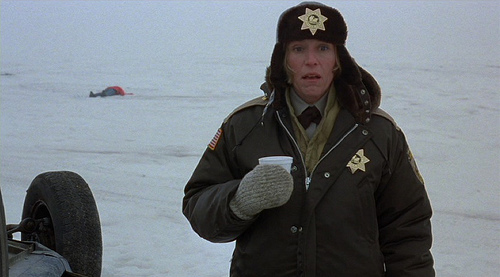 Invest in a big brown jacket and bomber hat (you won’t regret this in January) and slap on some fake sheriff badges. Then, stuff a pillow under the coat so you look like you’re about to pop. Lastly, get a Styrofoam cup with some big tan mittens and you’re good to go!

These are the bad guys from the film, the quiet but terrifying Gaear and Carl (the funny looking guy). 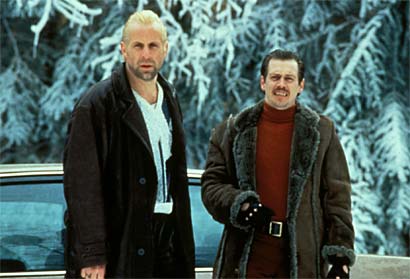 You’re really going to have to commit to this one: to pull of Gaear, dye your hair bright blonde & get a set of long underwear. For Carl, just grab a pair of weird looking fake teeth, leather driving gloves, and a red turtle neck topped off with a fur lined coat and you’re golden. Don’t forget to slick your hair back!

You know Lester from the TV show Fargo, he was the one who met Lorne Malvo (Billy Bob Thornton) and then everything went downhill.

The first thing to do when trying to pull off Lester is the get the big bright orange coat that goes OVER the tweed sport coat (for you Southerners, yes, we actually have to do this in the winter). Then do some makeup that looks like you’ve just broken your nose and stick some medical tape over the bridge.

If you can borrow your dad’s tie from the 70s, even better.

These two are from Fargo season two. You know them as the couple that gets tied up in a murder story after Peggy runs over Gerhardt and drives home with him still in the windshield. 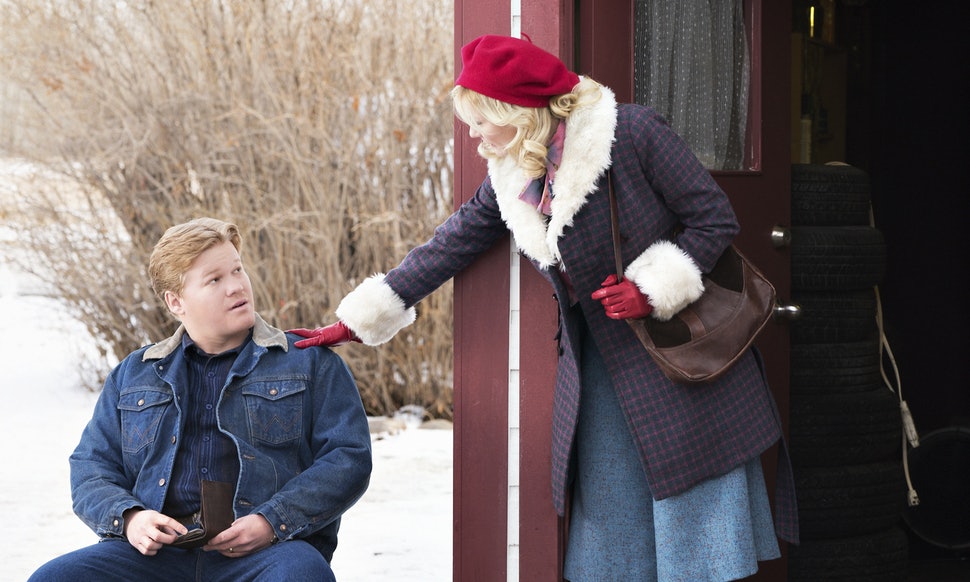 We recommend the red hat and leather gloves for Peggy and the all-jean outfit (Canadian tuxedo) for Ed. If you’d like to get a little more obvious in your costume, add some props such as a butcher knife for Ed and hairspray etc. for Peggy the hairdresser.

Last but not least, the obvious choice: The Woodchipper. You know this bad boy as the grand finale of the movie Fargo where the “tall” guy is disposing of the “funny looking little guy” in the Woodchipper when Marge pulls up to catch him. 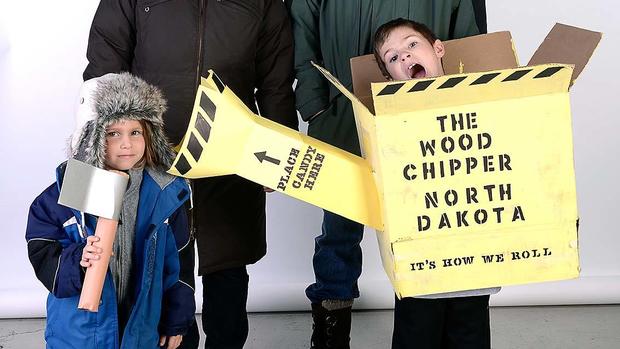 This might be the easiest (and cheapest) option of all. Grab a box and cut a hole in the bottom for your legs, create a chute out of card stock and bada bing, bada boom. If you have a friend who wants to get in on the action, either have them dress up like Gaear (see above) or just throw on a bomber hat and call it a day!

With all of these great costume options, you’ll be able to stand out from the typical costume crowd and have great talking points with anyone who’s seen the show or movie.

If you’re wanting really impress, check out these tips on how to master the Fargo movie accent – don’t forget those long O’s.

Where to find the Painted Bison Statues in Far