Once the weather hits 50°F in Fargo, locals can be found outside wearing shorts and doing anything possible to soak up the warmth. That includes hitting the extensive networks of bike trails in the area.

If you’d rather hold off for slightly warmer weather, that’s understandable – the 200+ miles of bike trails will be waiting as a great outdoor activity in Fargo and its sister cities, Moorhead and West Fargo.

Pro tip: While you’re here, fit in and sound truly Midwestern by using “ride bike” as a verb. 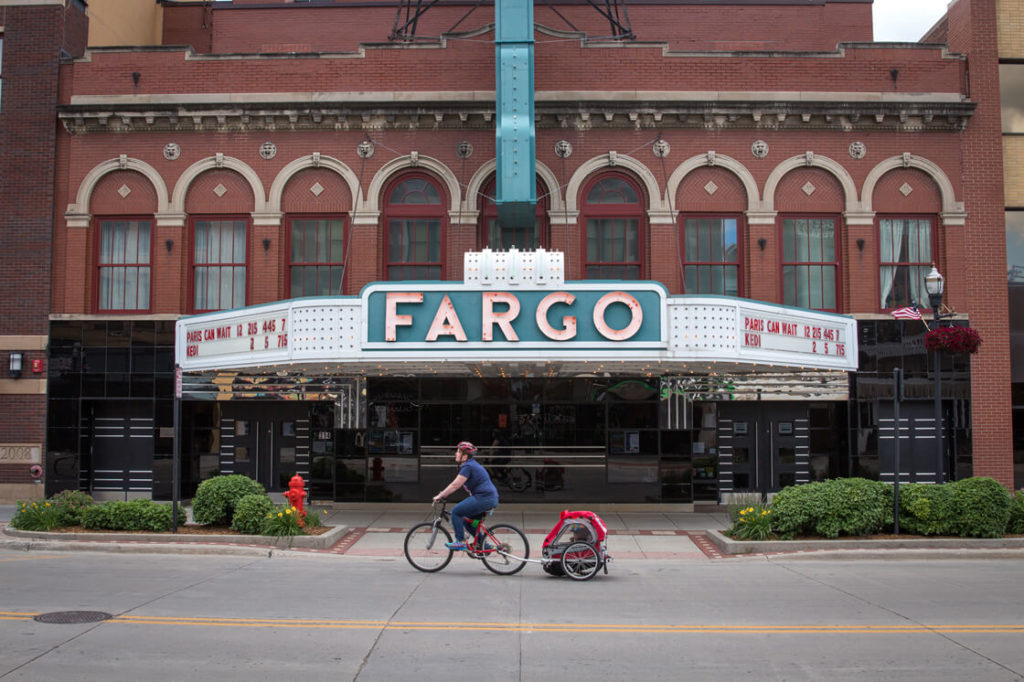 Fargo’s largest varieties of trails can be found on the flat roads of the city and its surroundings. With few hills in site, you’re in for a long, smooth, and incredibly fast cycle.

One of the most thorough resources for road routes is the Bike FM Bikeways Map. It shows the extensive network of on-road and off-road paths available, plus it lists some great points of interest along the way.

Great Northern Bicycle Co. – one of Fargo’s premier bike shops – gives detailed instructions on several excellent road biking routes around Fargo… some even include hills! Ranging from a 16-mile all the way up to a 100-mile route, serious cyclists will want to take a peek at these road rides.

Meanwhile, individual cyclists have been creating various road routes within and around Fargo for years and putting them online. Below are a few resources:

What Fargo lacks in actual mountains, it’s working to make up for in mountain bike trails.

One of the top trails resides in MB Johnson Park. This 4-mile mountain biking path on the Moorhead side of the Red River is singletrack and rated at an intermediate difficulty.

Another great 3-mile mountain bike ride with a few more challenging obstacles can be found at Gooseberry Mound Park. Also singletrack and at an intermediate difficulty, it includes a few logs and jumps plus a skinny ramp and log drop.

A third trail in Iwen Park has recently opened, with a winding 2-mile course through the trees next to the Red River that separates North Dakota and Minnesota.

An entire organization, the Fargo-Moorhead Trailbuilders is dedicated to improving mountain bike trails in the Fargo area, so there are more in the works! 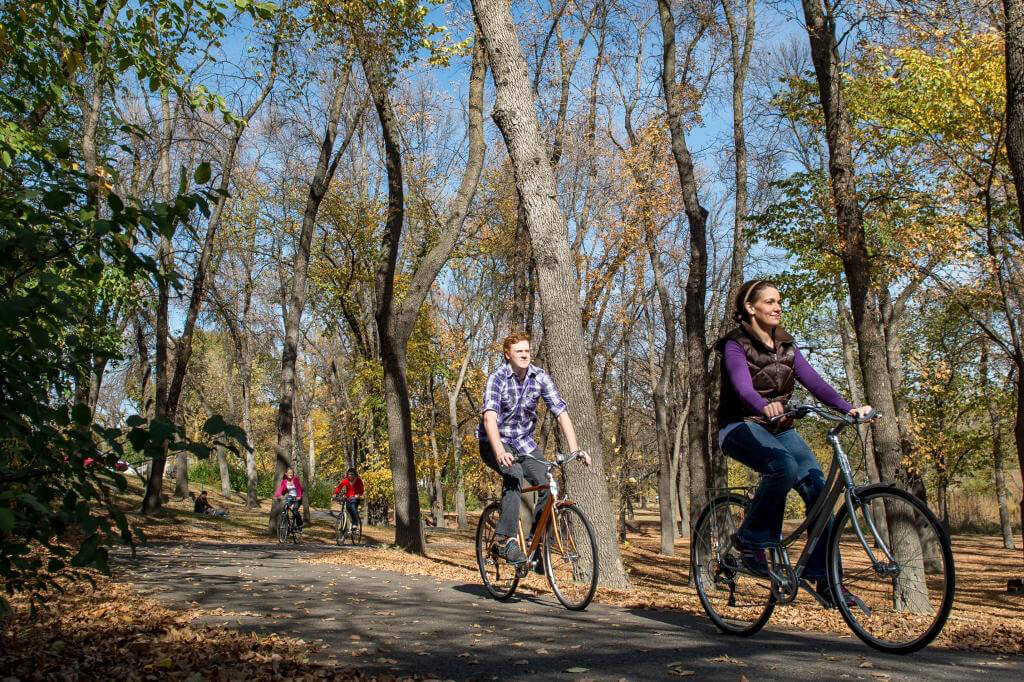 Winding along the Red River that separates Fargo and Moorhead are the city’s biggest network of parks, which make for beautiful bike rides.

Meanwhile, you can ride a bike pretty much anywhere in Fargo-Moorhead, if you want to take one out for a day of sightseeing.

See the next ‘Rent or buy a bike’ section on how to get your hands on two wheels for a spin around the city. 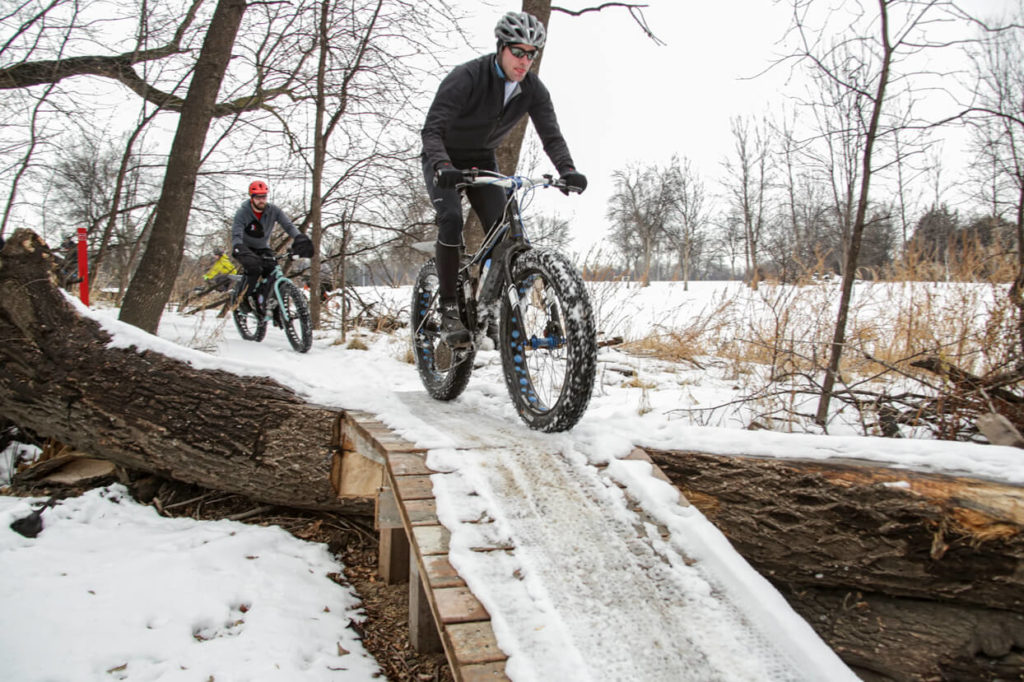 Both the Gooseberry Mound and the Iwen Park trails are open to winter fat biking in Fargo. If you can handle the freezing temps, the trails await!

Two of the major bike companies in Fargo – Paramount Sports and Great Northern Bicycle Co.– hold regular cycling events throughout the summer. Join them for a ride and to meet some locals.

Rent or buy a bike

Fargo’s bike share system is one of the busiest bike shares in the country. With 11 stations, and 100 bikes, there have been over 360,000 rides since its inception.

The Station Map highlights spots where you can pick up a bike.

Just use the kiosk touchscreen at the station of your choosing to purchase a ride. You can use your bike for as long as want, and at just $4 an hour, it’s a pretty cheap and easy way to get from place to place or go for a shorter joy ride. 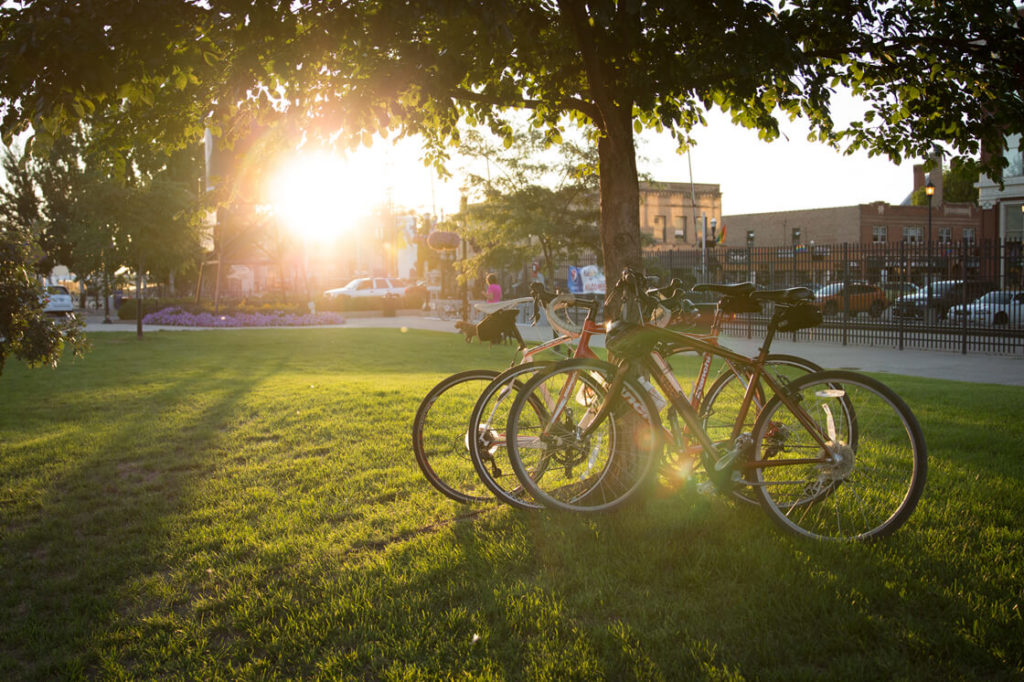 If you’re looking to rent a bike for longer than a few hours, consider renting from one of the bike rental locations across the city. Prices vary.

Whether you’ve brought a bike with you that needs repairs or parts, or you’re looking to buy your gear in Fargo, Great Northern can set you up with road or off-road bike options.

Paramount is the other major player in the Fargo-Moorhead bike scene, adding a level of specialty for fat tire bikes and winter gear. If you want to ride in the colder months, they are the place to find.

Whether for fun or fitness, Fargo is a great place to ‘ride bike’.

A guide to celebrating St. Patrick’s Day in Fargo

Nothing to do in the winter?