RUN: verb
To move at a speed faster than a walk, never having both or all the feet on the ground at the same time.

Every May Fargo-Moorhead is enhanced with the presence of an average of more than 22,000 visiting members of our community during Fargo Marathon WEEK!  2017 marks the 13th annual Fargo Marathon; a marathon like no other that has continued to grow year after year from a lot of hard work and support from a community that everyone that has visited has grown to love.  Along the course, you will find lawns filled with Fargonans gathering to cheer on participants (imagine a BBQ but on the front lawn), over 50 live bands and DJ’s ensuring that Fargo Rocks and not to mention the natural beauty of Fargo-Moorhead!

As I am sure we all know Gwen Stefani was toping the billboard charts in May 2005 as the inaugural marathon took place (I know she was in my playlist, and quite honestly still is). With 2,200 participants, the event was considered a success for the community, despite a little snow. 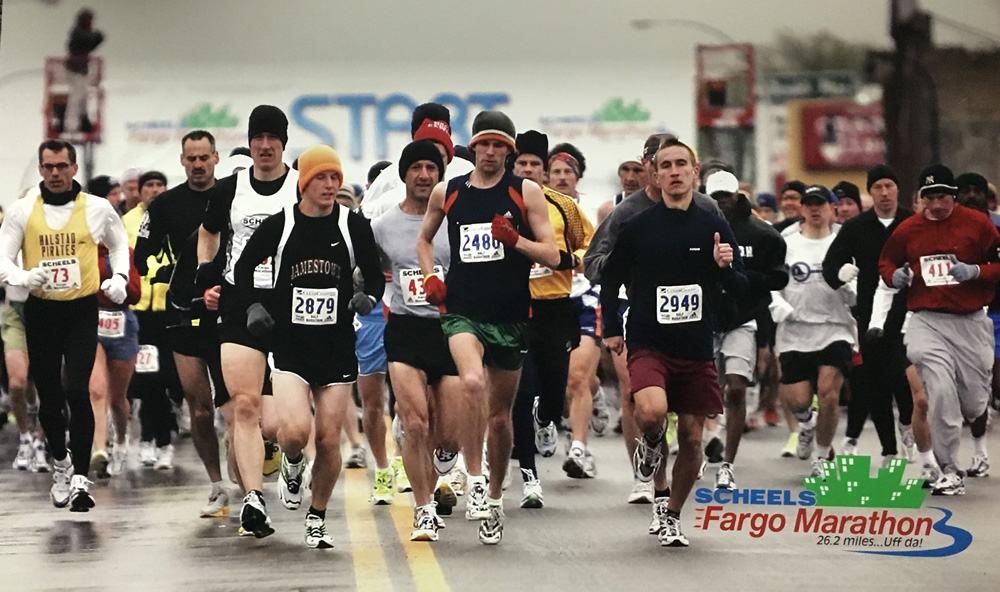 From the beginning, the Fargo Marathon has had the support of the entire Fargo-Moorhead community; a key piece of the tempo for the event. Noted as a flat, fast Boston qualifier course, the Fargo Marathon continues to set goals to make each year a better experience for the participants and the community.

The 10K (6.2 miles for all non-runners) was added to the schedule in 2008 and since has been one of the most participated events in the line-up for the week.

In 2010, Runner’s World noted the Fargo Marathon as the Best Value Marathon in all the land! With that recognition, the Race Director decided to turn up the marathon again in 2011 and added “Fargo Rocks”. This addition has further enhanced the marathon with the entertainment of over 50 live bands and DJ’s along the course annually.

10 years in and the Fargo Marathon was still going strong with strong community support and national recognition aiding in its growth and success! In 2015, Runner’s World noted the Fargo Marathon on their Bucket List for top small town marathons! (coming in at #4). 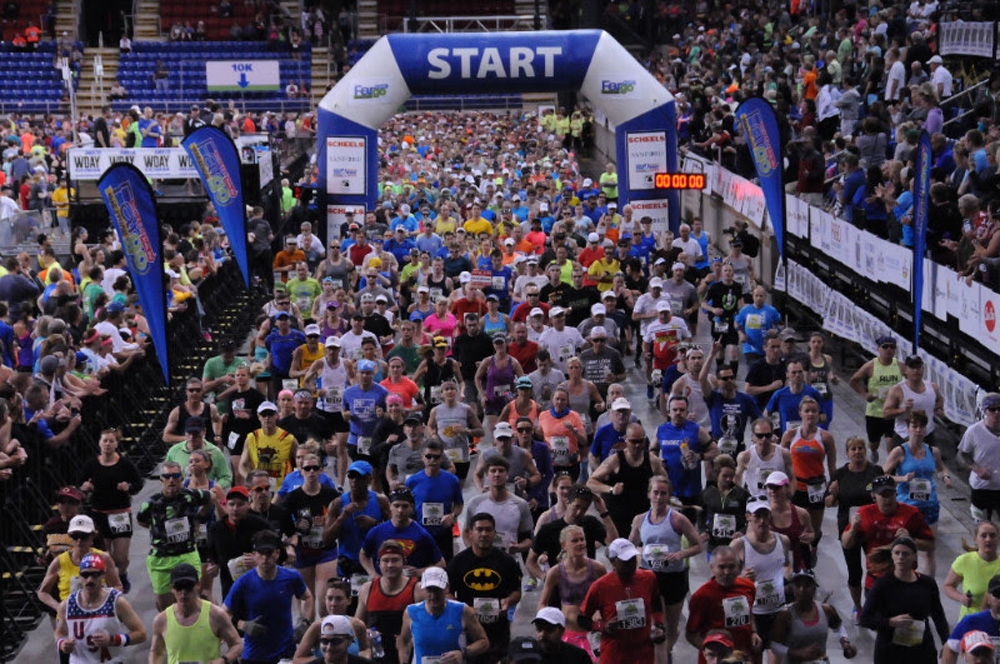 I find it nifty that all 50 states have competed in the marathon annually for the last 10 years and we have welcomed over 21 countries to the Fargo-Moorhead community including Argentina, Denmark, France, Germany, Italy, Japan, Norway, Sweden and 13 more!

The Fargo Marathon has become well-known to the running community for variety of reasons. Some of my favorites are; being the only race of its size to start/finish indoors, at the FARGODOME (yes that means INDOOR bathrooms for everyone!) with a giant crowd cheering participants as they leave on their journey through the city and upon their return! Also, the Finish Line buffet for runners is top notch, not your standard grab and go banana and granola bar! The Fargo Marathon offers a variety of pizza, cookies, fresh fruits, chips and more!

In 2016, two new events were added to the week: Cyclothon on Monday night kicking off the weeks activities leading into race day and, MY FAVORITE the Fur-Go Dog Run, a pet friendly 5K held on Tuesday evening in which your pooch gets a finisher bandana! Also in 2016, the Friday night 5K was renamed to include the term HERO RUN, as a way for the Fargo Marathon and the community to say thank you to all that make our lives better!

Moving into 2017, the Broadway Block Party was added to race day! An identified place for spectators to gather and cheer on half marathoners around mile 9 and full marathoners at mile 22 (think of it as a final push to get them to the finish line)! First, runners from the half will usually begin to trickle in around 8AM with the peak of runners making their way through downtown between 11:00AM-2:00PM. While there you will find more live music as well as food and drink specials at participating bars and restaurants all in the heart of downtown Fargo!  After the marathon is the “27th Mile” the annual Pub Crawl in Downtown Fargo in which the first 300 finishers receive the pub crawl finisher medal! 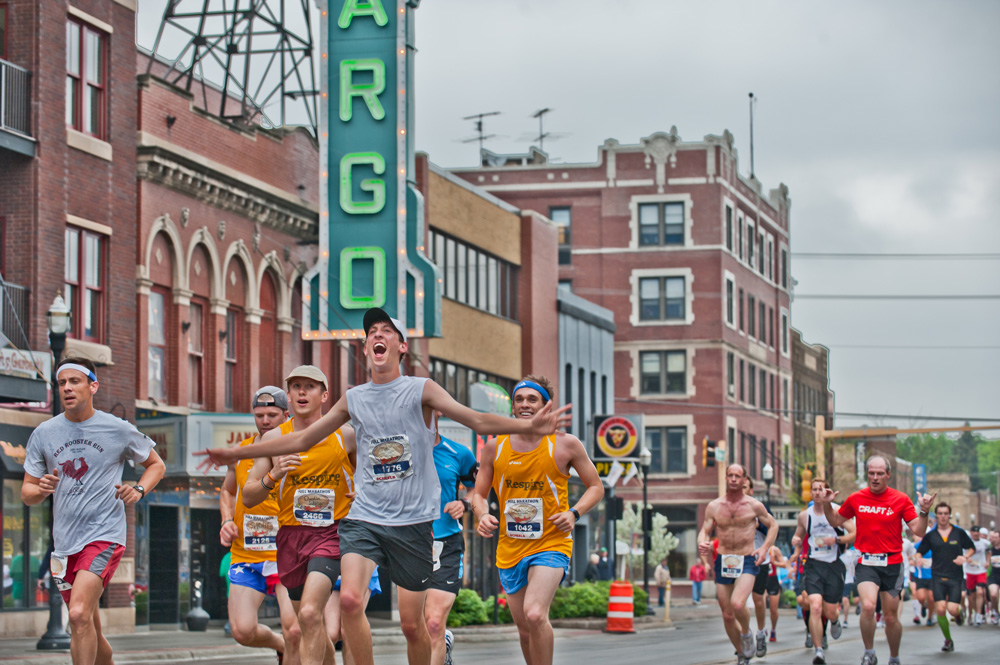 To date and estimated 286,000 participants have competed in a part of the Fargo Marathon over the last 13 years, that is more than the current population of Fargo-Moorhead! Who knows what the future will bring to the Fargo Marathon. With the leadership of an amazing staff and support of the young driven community I say the sky is the limit!

10 Healthy Places to Eat in Fargo

Everything you need to know about Frostival in Fargo