The Scandinavian Hjemkomst & Midwest Viking Festival is canceled in 2021. Check back in 2022 for updated dates!

A large percentage of our population is of Scandinavian descent, so ‘Viking Fest’ (as it’s known for short) is a great way to learn about the local culture.

Many real-life Vikings were farmers who grew crops such as barley, oats, and rye and used them to feed their communities. If this sounds familiar, it’s probably because the Red River Valley is also made up of many Scandinavians who grow these types of crops and turn them into essentials… like beer.

Throughout the festival, you can wander through different tents and talk with Viking characters about how they lived and worked.

Interactive demonstrations on woodworking, blacksmithing, coin striking, and felting take place throughout the tents. You can also play in some crazy games or shoot arrows at the archery range. 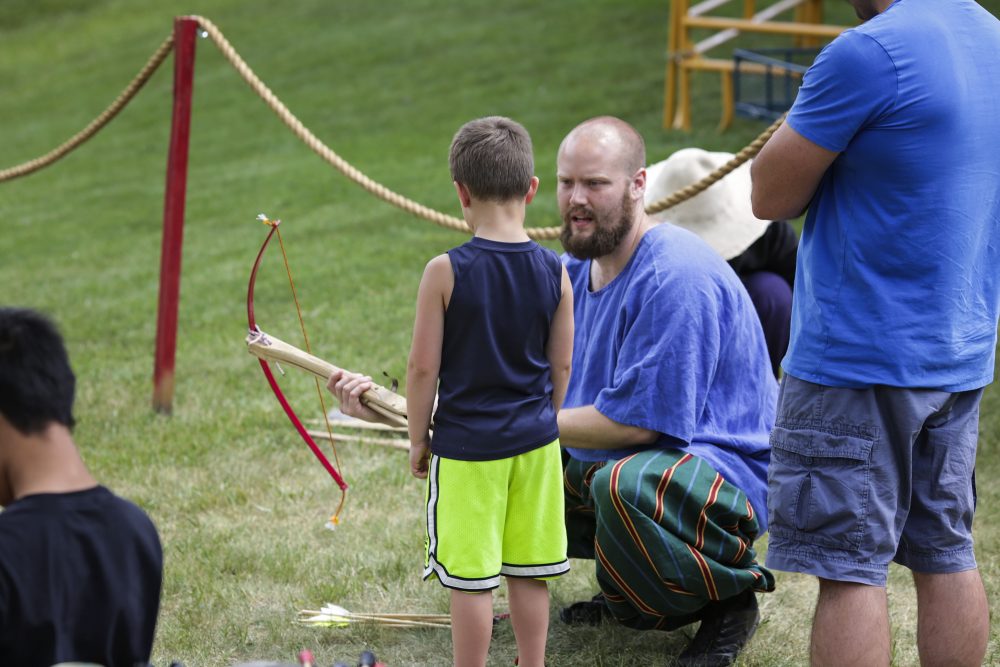 Make sure to stick around for the Viking battle demos happening in Viking Ship Park every two hours. Then, head to the Hopperstad Stave Church for performances while Minnesota’s HammerHeart Brewing hooks you up with some Viking-themed beers. 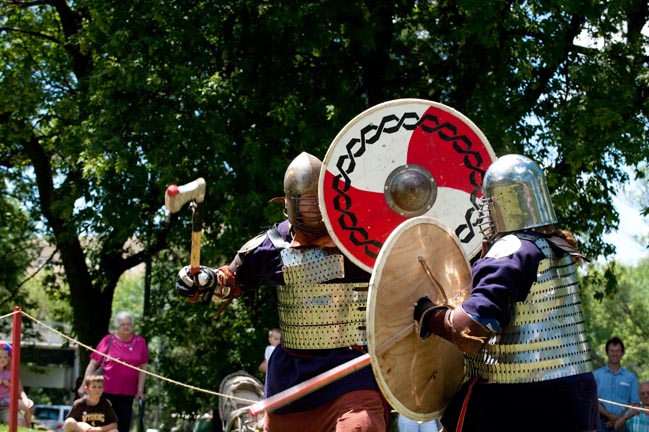 Try out the Smorgasbord

If you want to feel like you’re in a Midwestern grandma’s house, head to the Taste of Scandinavia section of the festival. Each of the Scandinavian countries will have their specialties available, so just follow the flags to find your favorite.

Toast topped with salmon and other meats/seafood, lots of lefse, and of course, lutefisk (white gelatin-like fish in lye) are all on the menu. Other favorites include Aebleskiver (pancake balls), Krumkake (waffle cookies filled with cream), and Swedish meatballs. 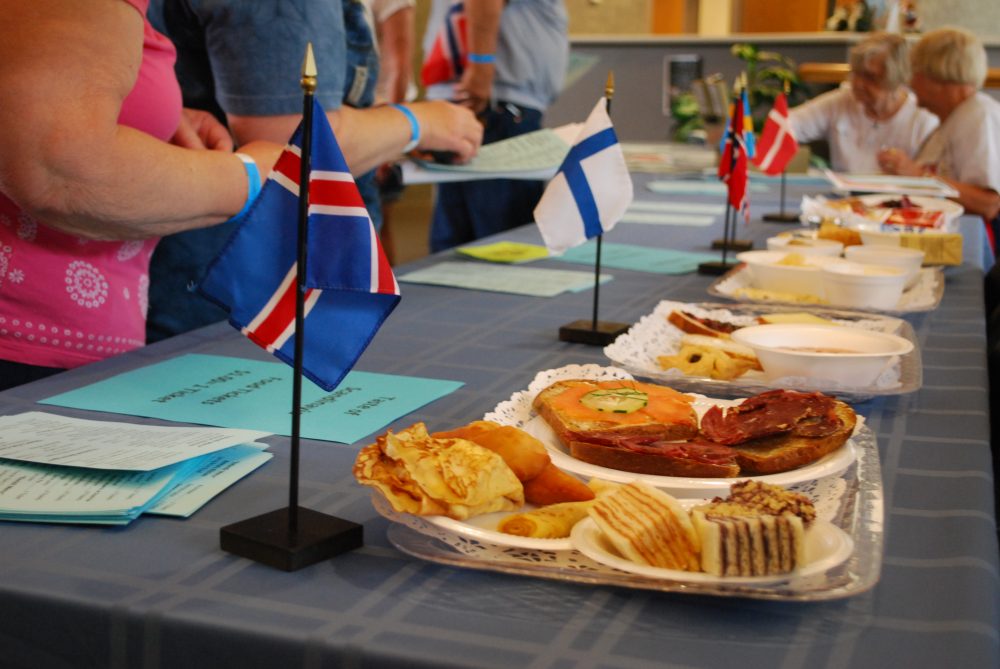 Shop for something distinctly Scandinavian

Inside the Historical and Cultural Center of Clay County, make sure to check out the Hjemkomst Ship and walk around to see Viking-age vendors and exhibitors. Beautiful handcrafted pottery, woodworks, crochet items, and homemade baked goods await. This is the best place to find one-of-a-kind items of Scandinavian descent.

Hjemkomst Center
202 1st Ave N, Moorhead – you’ll know it by the big white tent-like structure sticking out of the trees!